Seafood Supplier Gets Out of the Lobster Trap

When the economy crashed in the fall of 2008, Netuno had about $5 million worth of Brazilian lobster tails in its warehouse freezers. Prices had been dropping for a year as the housing market melted down, and now Netuno would be lucky to get $3 million for it.

“It got pretty damn ugly,” partner Luciano Bonaldo recalled. “We had lobster for so long. . . . It was the guilty pleasure nobody wanted.”

Now Bonaldo paints a far prettier picture of Netuno’s prospects, largely thanks to ditching pricey lobsters for calamari imported from China and India.

“It costs less and the profits are there,” Bonaldo said. “We’re making money.”

Netuno’s shift from fancy shellfish to a deep-fried favorite captures a larger shift under way as companies like Netuno lick their wounds from a crashed economy and begin charting more frugal paths to growth.

Even when companies manage to boost profits in a shaky recovery, they see little hope of returning to the high-flying business models of the boom years.

“It’s what we call the new normal,” said Tony Villamil, dean of the business school at St. Thomas University in Miami Gardens. “There have been some fundamental changes in this ‘Great Recession.’ ”

“For 220 square feet on the third floor off Collins Avenue, we shouldn’t have been selling it for $600 a night,” Lehman said. Now that room rents for less than $300 and Lehman doesn’t see the sky-high prices returning even if good times do.

“Will those days come back? I sure hope so. But I don’t know,” said Lehman, now general manager of the Betsy Hotel on South Beach’s Ocean Drive. “The heyday of hotel rates was caused by an illusory sense of wealth. And to a point that I don’t think we’ve ever seen before. Certainly not in the last 70 years. It may have been similar to what we saw in the Roaring Twenties.”

Netuno roared along in the boom times of the last decade, as Americans’ appetite for pricey lobsters seemed to surge at the same pace as real estate values.

“Everyone was eating out and buying flat-screen TVs. They were spending all this extra cash that they theoretically had from their homes,” Bonaldo said. He watched lobster climb too — from $15 a pound to $23 a pound, more than a 50 percent spike. “There was a lot of cash out in the market.”

Netuno also spent freely, confident enough to keep $8 million worth of lobster, fish and other seafood in its rented Medley freezers while it looked for buyers.

Bonaldo, 38, and partner Guilherme Colaferri, 39, got their start selling fish out of their car trunks back in the early 1990s. Colaferri’s brother had a seafood store in Brazil, and the pair found they could undercut local competitors with the South American prices.

“We were selling anything we could our hands on,” Bonaldo recalled. Netuno hit its stride in 2003, thanks to soaring lobster sales on the heels of a booming economy.

Netuno secured deals to sell lobster to the Royal Caribbean cruise line; Sysco, the giant restaurant supplier; and Darden Restaurants, parent company of the Red Lobster chain. In 2007, INC magazine named Netuno one of the 500 fastest growing companies in the country, with sales topping $65 million. About half of that was from lobster, Bonaldo said.

But Netuno got caught short in the fall of 2008, when the failure of Lehman Brothers and other major lenders sent the stock market down 30 percent percent in 90 days. Bonaldo watched the market for lobster almost evaporate as buyers panicked and insisted on rock-bottom prices.

“It went down a dollar a pound. Then it came down two dollars a pound,” Bonaldo recalled.

“You talked to a customer and said, `It can’t possibly go down anymore.’ Then it went down a dollar. We didn’t know when it was going to end.”

The collapse in prices pushed Netuno near the brink. Falling sales prompted Netuno’s lender to declare the company in default of a long-time loan agreement, clamping down on a nearly $9 million line of credit and demanding repayment of the $5 million Netuno owed.

Netuno relied on the credit line to buy new seafood, but suddenly was paying nearly 13 percent in penalty interest on borrowed money that only cost it 5 percent during boom times. And it didn’t have the cash to fund the called loan.

“The music stopped and they didn’t have a chair to sit down on,” said James Martin, managing partner of ACM Capital Partners in Miami. “Things fell so precipitously.”

Martin installed a CFO to monitor Netuno’s cash and negotiated a $5 million credit line at 5 percent with a new lender, BB&T. Meanwhile, Bonaldo and Colaferri cut costs to combat the grim sales landscape. They dismissed a few office staffers and moved sales rep off salary and into a full-commission payment plan.

But the biggest changes came in how Netuno buys seafood.

Gone was the confidence to keep $8 million worth of seafood on ice. On a recent afternoon, as he enters the zero-degree confines of a warehouse- size freezer in Medley, Bonaldo estimates he has less than $2 million worth of inventory inside.

“That’s snapper,” he says of a pallet of white boxes waiting to be shipped by truck. While there’s some Netuno lobster stored on shelves soaring three stories high, Bonaldo doesn’t risk keeping too much of it. Netuno now buys about half the lobster it used to, he said.

Dollars drive part of the shift: Bonaldo said he can buy six containers of tilapia for the price of one lobster container. By focusing on cheaper seafood like snapper and tilapia, Netuno saw sales drop $10 million this year to about $30 million. But thanks to higher margins, profits are up 30 percent.

Calamari reflects the new approach. Netuno’s squid sales jumped 30 percent this year. Netuno buys them from exporters in China and India, then sells them pre-portioned as a way for restaurants to prevent chefs from serving too much squid per plate.

With calamari a staple on a range of menus — from fried bar snacks to fancy pasta dishes — Bonaldo sees squid providing the kind of stable profits that he just can’t count on from lobster anymore.

“I doubt people will go back to that craziness,” Bonaldo said of the lobster boom days. There’s not “that mood of abundance we had a few years ago.” 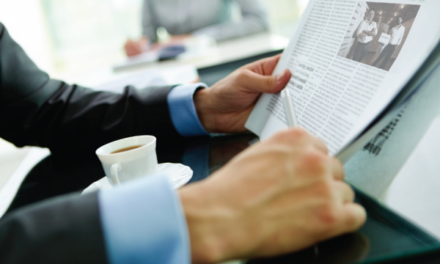 NETUNO, others exit 2020 Seafood Expo in Boston amid coronavirus concerns